Over the weekend, I attended a Wretched of the Earth gathering in London focusing on #climatejustice, billed as Building Our Power. This was a first for me to attend such an event; where I knew the majority of participants would be black, brown and indigenous people as well as gathered together to discuss the climate crisis. I didn’t know what to expect but I was excited about the prospect as far too long I’ve been the only black face in the room when talking about the natural world, the environment and conservation. 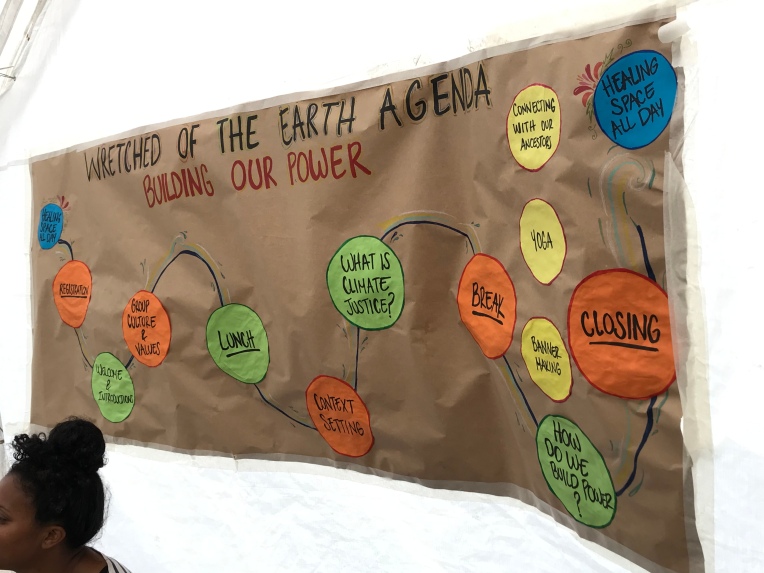 The event didn’t disappoint. It was such an amazing and inspiring space to be part of as everything was being co-created; the values and actions, the tactics and strategies of the movement moving forward. What struck me and what I take away with me and move forward with is the way that the climate debate is framed within Western society is wrong and misleading. There has been growing concern for endangered species and the melting icecaps and how we can make a change through recycling and other such individual measures. Yet this narrative keeps hidden the major causes of climate change along with the pain and suffering that has been experienced for decades within the Global South because of such.

Climate Justice is about re-writing the narrative and exposing the inequalities and injustices that have been going on for the last 500 years through colonialism, imperialism and capitalism. This climate emergency cannot be divorced from other issues such as housing, crime, poverty and racism. we enjoy a privileged standard of living in the West because communities and people in the south suffer, be that through being used as cheap labour or have their homes and livelihoods decimated due to extractions industries and drought.

There is so much to be learned around these issues which I’m motivated to explore and share. The creative non-fiction memoir of mixed genres which I’ve been writing this year centres about a black woman’s body with/in nature, I envision to take on a more climate justice stance as I continue to champion how nature has helped me heal and how we, humanity, need to heal through our re-connection with nature.