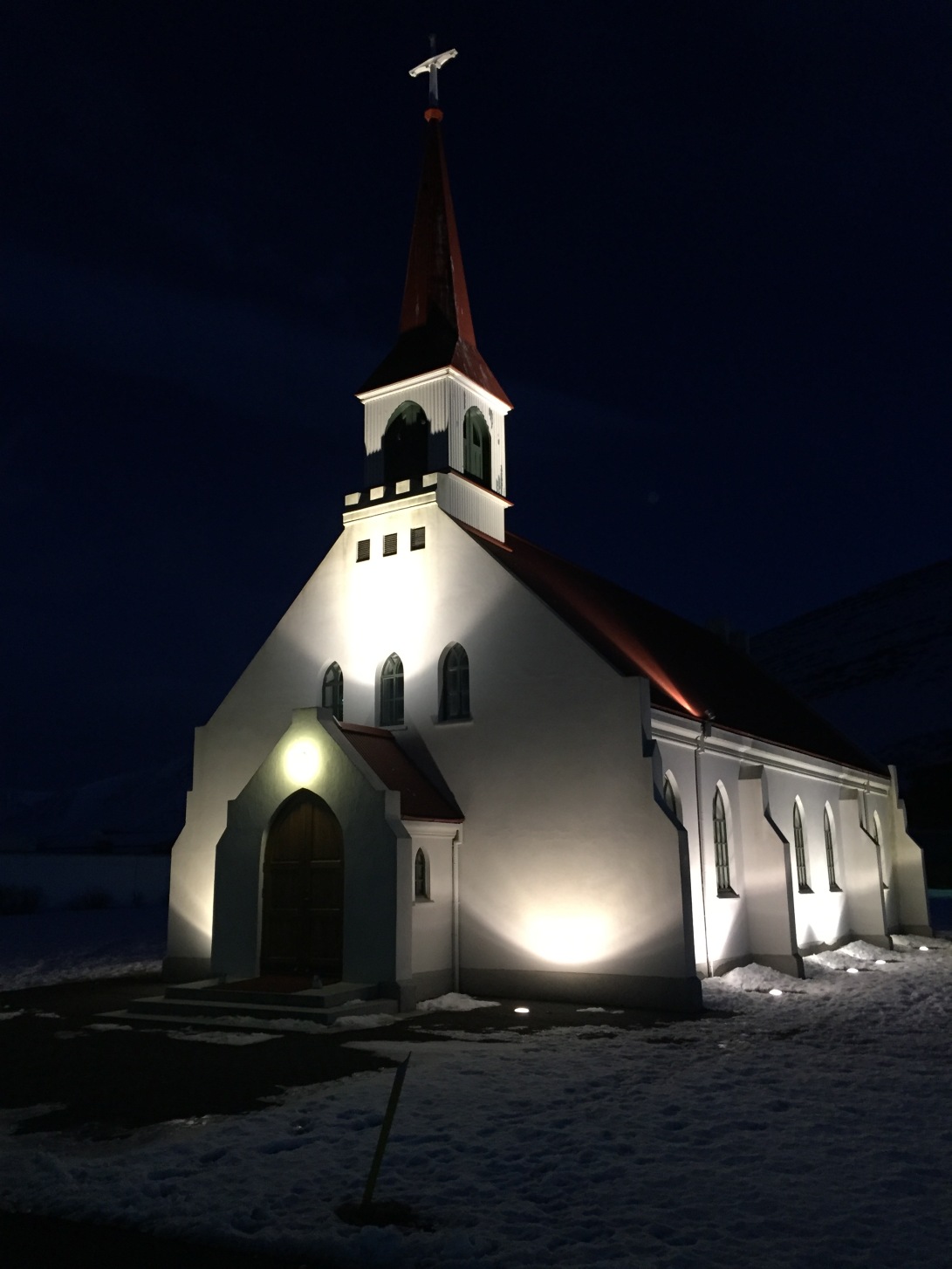 at night lit up
like a beacon
of salvation

A nation divided. At the point of civil war.
A heathen Priest, who everyone trusted and respected who was called upon to decide. After hours of meditation, he proclaimed that we should believe in one God, Father, Son and Holy Spirit. And we should to keep our pagan sacrifices and the eating of horseflesh private. It was agreed. People were baptised and the Priest throw his statues of the Norse gods into the waterfall, now know as Godafoss.

April – A Poem A Day